In late October, Spectrum Center had invited Julius L. Chambers High School art students to paint a mural inside the home of the Hornets uptown.

They were invited back for the big reveal during a game. 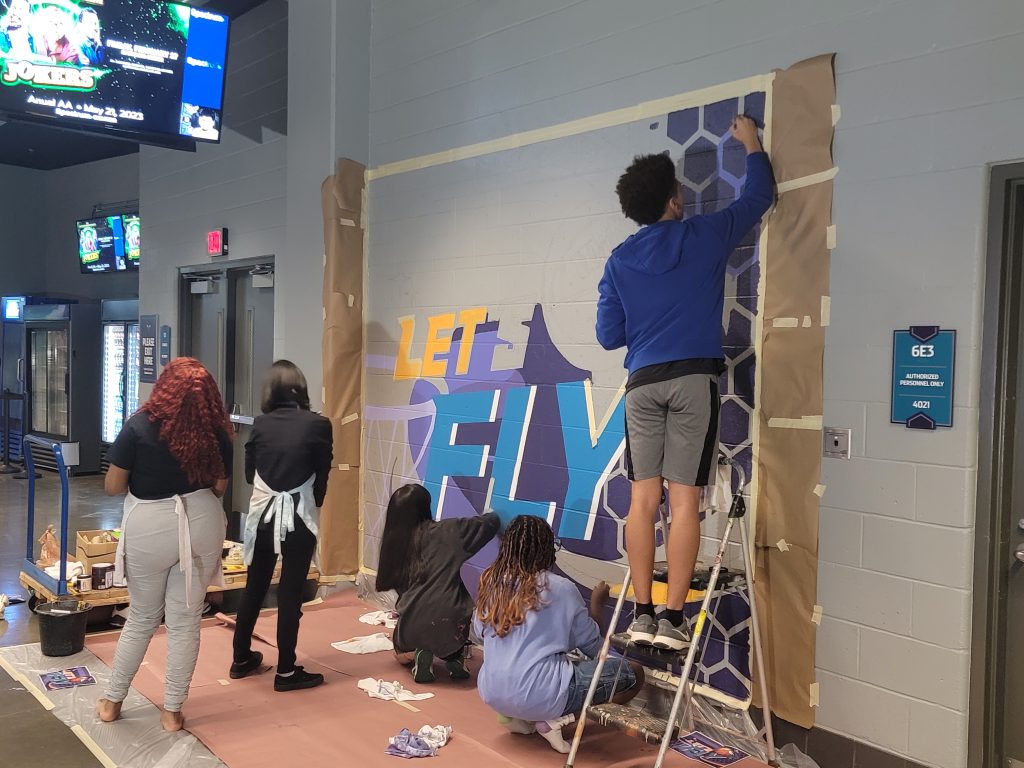 Before the game, they were treated to a tour, and were invited to watch the match from box seats—they even got a shout-out during the game.

“The students were shocked when they heard they were selected for the mural,” Kasberger said. “They assumed I was asking them to paint a mural for the school, which they were already excited for, but when I mentioned the Hornets and the Spectrum Center, and working with a professional artist, they were jaw-dropped.” The school joined three other high schools in Charlotte Mecklenburg Schools system for the project.

The mural will stay up for a year, until the Hive will invite a new group of students to paint another mural.