Primary election is Tuesday … or now! 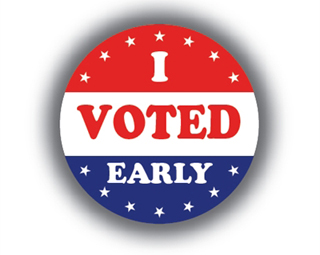 The 2019 primaries for Charlotte Mayor and City Council take place on Sept. 10. Democrats have many candidates on the primary ballot for mayor, at-large council seats and University City’s District 2 and 4 seats. Early voting continues through 7 pm Friday.

The general election on Nov. 5 will also include the election of at-large members of the Charlotte-Mecklenburg Board of Education and a countywide vote on whether to increase the Mecklenburg County sales tax from 7.25 percent to 7.50 percent to help fund arts, parks and education.

Who’s running in the primaries?

The Charlotte Observer has published several articles about the candidates for mayor and the Charlotte City Council. Here is some basic information and links to each article.

Democratic Mayor Vi Lyles seeks to become the first mayor to win a second term since Democrat Anthony Foxx in 2011.

One Republican, David Michael Rice, is vying in November.

Four Democrats and one Republican are running for Charlotte City Council from District 2.

The district’s current council member, Democrat Justin Harlow, announced this summer that he would not seek re-election.

Six Democrats and one Republican are seeking the Charlotte City Council seat for District 4.

Incumbent City Council member Greg Phipps announced that he is not seeking re-election after serving three two-year terms since 2013.

Seven Democrats, including 5 City Council incumbents, are running for the four at-large seats up for election on Nov. 5.

Joshua Richardson is the one Republican seeking an at-large seat.