Cleaner streets ahead for UCity 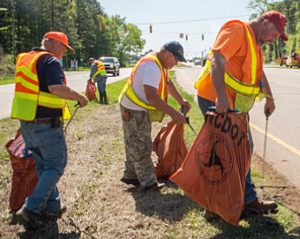 Starting this spring, University City Partners will pay a contractor to clean up litter along North Tryon Street, W.T. Harris Boulevard and parts of other major roadways within University City’s Municipal Service District.

The contractor will also work with property owners to keep grass mowed near the curb.

“We’ve got a group under contract, and I expect to see quick advances on our issue within a month,” Holmes said.

More litter than state can handle

Holmes said that the state of North Carolina picks up litter and mows rights-of-way two-three times each year along state-maintained roadways, including North Tryon Street and Harris Boulevard.

“Due to the massive amount of land under their management, their efforts can’t keep up” with the volume of litter along North Tryon and Harris, Holmes said. “Our supplemental efforts aim to ensure that University City remains beautiful throughout the year.”

Mowing will be done on an as-needed basis and aimed mostly at publicly owned areas and the edges of sidewalks. The contractor will also work with property owners to keep their land mowed and free from litter.

Holmes said that some owners do not realize that they are responsible for the strips of land between the street and nearby sidewalks and parking lots. The contractor will notify private property owners of this responsibility and report repeat offenders to the city’s code enforcement department.

You can help, too