Our next greenway is on the way! 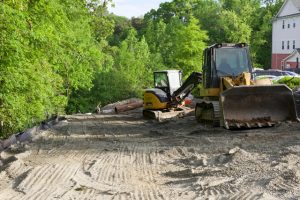 Work has started on a short greenway with big potential – the Barton Creek Greenway.

Once finished in late 2019 or spring 2020, the three-quarter-mile greenway will link University Place shops, the Blue Line Extension and hundreds of nearby residents to the extensive Mallard Creek-Clark’s Creek-Toby Creek network through University Research Park, UNC Charlotte and a dozen neighborhoods.

The greenway will wind between several apartment, townhome and patio home communities. Several neighborhoods will have direct access to the greenway via side trails.

The start of the greenway at University Place is already visible on JW Clay Boulevard near the northeast corner of the lake.

A boldly lit HAWK pedestrian traffic signal marks where the greenway will end. The crossing will link the greenway to lakeside sidewalks at University Place.

Light-rail riders will be able to reach the greenway easily, via a short walk from the JW Clay Boulevard light-rail station on North Tryon Street.

A long time in coming

A Deere on the greenway, quipped the person who shared this construction photo

The county had hoped to build the greenway several years ago but encountered design challenges that took time and money to overcome.

We received this photo of early construction from a resident of the Welwyn at University Place neighborhood, located beside the future greenway.

“The majestic deere in its natural habitat…,” he joked, referring to the John Deere tractor starting to clear the greenway’s path.

The biggest challenge is simply the elevation change – nearly 100 feet over a three-quarter mile distance. The land set aside for the greenway is also narrow in spots and rocky.

Greenways planner Gwen Cook said that the county was able to build the project after receiving additional state and regional funding.