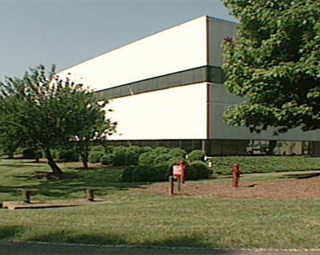 The former Solectron / Flextronics manufacturing facility near IBM Drive could become a multi-tenant office building with up to 455,000 square feet of space, a rezoning petition for adjacent property reveals.

The Charlotte City Council held a hearing on the rezoning request by Westcore Properties at the City Council’s May 30 meeting.

The petition filed by Westcore Properties asks that 6.2 acres on Penninger Circle, currently zoned for institutional uses, be rezoned to allow a surface parking lot. The lot would provide additional parking for Westcore’s building and 51 acres of land on Solectron Drive.

Markos said at the March meeting that his company plans to rehab the building and convert some or all of the manufacturing and research space to office use, depending on the needs of the new tenants.

To successfully lease the additional office space, he said, the building must have additional parking. Westcore plans to add even more parking on land it already owns beside the building, Markos said.

Long history as manufacturing facility comes to an end

Global electronics manufacturer Solectron build the facility in 1982, about the time that IBM opened its plant nearby.

One of Solectron’s competitors, Flextronics, acquired the building when it bought Solectron in 2007.

Flextronics sold the building and land to Westcore the following year, then leased space in the building. Flextronics closed its Charlotte manufacturing operations in 2017.

Plan for parking gets favorable review

The gray area is the Westcore building; the outlined box to the top left is proposed for parking.

The Charlotte-Mecklenburg Planning Staff has reviewed the petition, finds it consistent with land-use plans for the area and recommends its approval, pending some revisions, including:

Special May 30 date for zoning hearing

Due to a notification error, City Council zoning hearings for this petition and several others, originally scheduled to be held on May 21, was held instead on May 30, starting at 6:30 p.m.