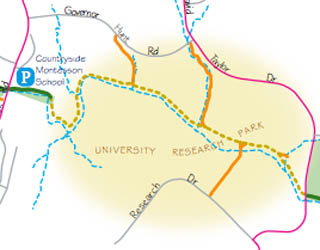 The debate over county funding priorities has dominated local news for weeks. We may not know the outcome for days or months.

One thing we do know: People wanting commissioners to fund long-delayed park and greenway projects here and throughout Mecklenburg County still have time to influence the outcome – via emails, letters, a community petition and even by button-holing commissioners at the board’s next meeting, 6 pm Aug. 2 at the Charlotte-Mecklenburg Government Center, 600 E. 4th St.

Thirteen park and greenway projects whose county-bond funding was approved by voters in 2008 have not been completed, and the county’s proposed Capital Budget through 2023 has no money for them, either. Those 13 projects include three in or close to University City: securing and paving the gravel portion of Mallard Creek Greenway; building the first phase of a regional park near Highland Creek; and expanding the overcrowded Mallard Creek Recreation Center.

What’s soccer got to do with this?

Much of the discussion about restoring funding for these park and greenway projects centers around a project that is included in the proposed Capital Budget: replacing county-owned Memorial Stadium and adjacent Grady Cole Center with a 20,000-seat soccer stadium.

If the deal does not work out, some County Commissioners favor adding the 2008 park and greenway projects to the new 5-year Capital Budget.

Here are recent news stories that provide far more details about the situation:

3 ways you can have a say 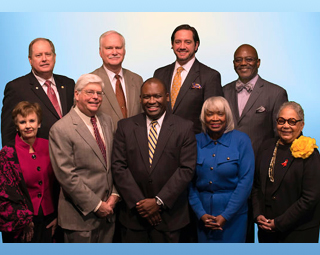 Mecklenburg Board of County Commissioners

There is still time for the public to communicate their desire for these projects to get funded in the 2019-2023 Capital Budget:

Attend the Aug. 2 County Board meeting – The Mecklenburg County Board will meet at 6 pm Aug. 2 at the Charlotte-Mecklenburg Government Center, 600 E. 4th St. You can attend the meeting and bring a small sign saying you want more funding for parks and greenways. You may also have a chance to speak to commissioners before or after the meeting.

Sign the petition for parks and greenways – The nonprofit group Sustain Charlotte has created an online petition urging the County Board to restore funding to complete projects that were to be funded by the 2008 bonds. Nearly 1,500 people have signed so far. Click here to view and sign the petition.

Call and write our commissioners – Our elected officials do listen to us. Several return phone calls. Here is the contact information for each County Commissioner:

Ella B. Scarborough (Chair, At Large)