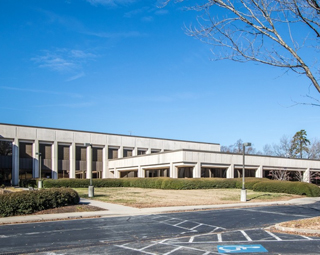 That large space, totaling more than 191,000 square feet, should be of great interest to companies relocating to Charlotte or undergoing major expansions, the business website said.  MORE

Red areas are up for rezoning for the entertainment district

Cambridge Properties told the Observer that it envisions the district having a movie theater, brewery, other restaurants, hotel, outdoor golf venue and other draws. MORE