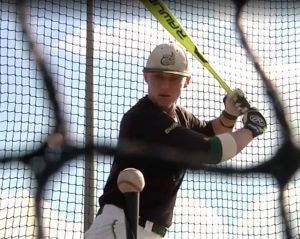 Can it be that time of year already? 49er Baseball returns to campus in mid-February, even as the 49er men’s and women’s basketball teams prepare for a string of home games at Halton Arena.

3 ballgames in one weekend!

The 49ers open the season with a flourish at Robert and Mariam Hayes Stadium with three home games in three days against West Virginia, Feb. 17-19. This could be a great season for our 49ers. Three team members were recently named to the Conference USA pre-season all-conference team, and the preseason poll of the league’s 12 coaches rank the 49ers sixth in the conference, up two notches from 2016.

The 49ers will play two home games at the BB&T Ballpark this spring – March 21 vs. Wake Forest and March 28 vs. NC State.

Women’s Basketball is No. 1!

Men’s and women’s basketball action continues at Halton Arena in the Barnhardt Student Activity Center. The women are tied for first place through the end of January, while the men are 10-10 overall and 8-3 at home.

Learn more about all the 49er teams and get tickets.