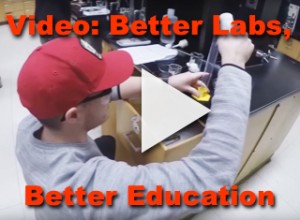 If voters OK $2 billion in statewide bonds on the March 15 ballot, UNC Charlotte will get a much needed new science building. Our region could also gain through higher-paying jobs, new businesses and higher tax revenues.

The Connect NC bonds include $1.33 billion for higher education statewide and, locally, $90 million for a science building at UNC Charlotte, the state’s fastest growing university. Gov. Pat McCrory and the Legislature strongly back the bonds, with good reason: the return on higher-education investment to NC workers, taxpayers and companies was a staggering $17 billion in 2012-13 alone.

The economic impact of UNC Charlotte and its graduates on the Charlotte region is equally impressive: $2.1 billion in just the 2012-13 fiscal year, according to a study by CareerBuilder’s research arm, Emsi. Putting that another way, every $1 of taxpayer investment in UNC Charlotte generates a 14.8% return, the Emsi study found.

The Connect NC $2 billion bond package for infrastructure improvements is the first statewide bond issue since 2000. That $3.1 billion bond package, totally devoted to higher education, passed with 70% voter approval. A 2010 review credits the 2000 bond package with creating or saving more than 118,000 jobs.

The $980 million for the UNC university system is heavily focused on the sciences, technology, engineering and math – considered the key fields for global economic competitiveness.

The Connect NC bond package would allow the university to replace its aging and overcrowded Burson Building, erected in 1985 when enrollment barely topped 11,000. UNC Charlotte today has 28,000 students including 5,200 graduate students. Half of current students with declared majors are in science, technology, engineering and math programs.

Graduates from UNC Charlotte’s strong and growing science and math programs are critical to hundreds of area businesses and essential for recruiters hoping to attract more high-paying companies in key growth fields including: