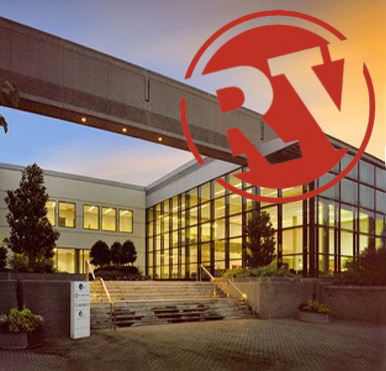 More than 1,000 jobs appear to be coming to University Research Park and UNC Charlotte, based on announcements by Red Ventures, TTI Floor Care North America, Republic Services and Sealed Air Corp. Red Ventures alone said it will bring 500 workers to its new offices at Cambridge Corporate Center, where it leased 97,599 SF in July.

Marketing and technology firm Red Ventures announced last week that it will add 500 jobs to its University City offices, a move that almost doubles employment there. The Charlotte Chamber said the company will lease space in Cambridge Corporate Center at 10101 Claude Freeman Drive in the University Research Park for its Charlotte expansion. Red Ventures will invest more than $5 million in building improvements and equipment.

TTI Floor Care North America, maker of Hoover, Dirt Devil/Royal and Oreck floor-care products, has leased 60,000 sf at Innovation Park. The company announced in July that it will open a Center for Marketing and Innovation in Charlotte, creating 200 jobs in Charlotte over the next two years and investing up to $5 million.

Compensation will vary by job function, but the average annual compensation for the new positions is expected to be approximately $103,618 plus benefits.

“We chose Charlotte because it provides access to talent with the critical consumer products expertise needed to fuel the growth of our iconic brands,” said TII President Gary Scott at July’s announcement.

Republic Services Inc., the second-largest provider of waste services in the U.S., has signed a lease for 82,375 square feet at Three Resource Square in University Research Park, the Charlotte Business Journal reported recently.

The Arizona-based company will move into the space in April and plans to create a call center at Three Resource Square.

The Business Journal estimates that the center has room for up to 400 employees. The move will take most of the remaining space at the Class-A office building at 10815 David Taylor Drive.

Another company expanding its presence in Charlotte is leasing temporary research space at UNC Charlotte’s PORTAL Building in the Charlotte Research Campus.

UNC Charlotte has reached an agreement with Sealed Air Corp. to lease temporary research and development space and office space at the University’s PORTAL building.

“One of the reasons Sealed Air is moving to Charlotte is its strong reputation for technology and innovation. In addition to allowing us to house newly hired and specially selected R&D staff, PORTAL provides an ideal collaborative workspace conducive to continuing our research and development work while construction on our new facility is completed,” said Robert Tatterson, vice president of research and development for Sealed Air.

The four-story, 96,000-square-foot, PORTAL building sits on a prominent site at the entrance of the Charlotte Research Institute campus. The facility was designed to stimulate business growth and job creation along with promoting research and innovation. There is nearly 30,000 square feet of office space available for companies who want to locate on campus.