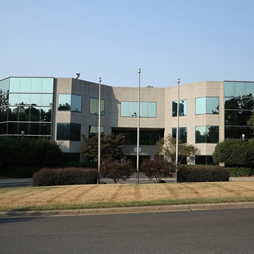 A national operator of data centers has purchased the David Taylor Corporate Center at 10101 and10105 David Taylor Drive. H5 Data Centers describes itself as “one of the leading private data center owners and operators in the United States,” with centers in Atlanta, Denver, San Jose, San Luis Obispo, Seattle and, now, Charlotte.

The David Taylor Corporate Center has two buildings, both built in 1985 by ATT. Tenants in the main building, at 10101 David Taylor Drive, include Peak 10 and TIAA-CREF. H5 Data Centers lists the 60,000-sf second building as its facility address and says it is “100% leased.”

H5 says that the property also has a 6-acre site that is “ideal for a 50,000 SF ground-up data center development.”

The Charlotte Business Journal reported in mid-August that Origin, a Chicago-based real estate investment manager, bought the 338,544-sf building and property on Claude Freeman Drive in partnership with Stream Realty Partners and investment firm Atlantic Creek Real Estate Partners. The Business Journal said the building is 86% occupied, with tenants including Yodle, General Motors and the city of Charlotte. Stream Realty Partners will lease and manage the center.

Avago Technologies has purchased the former home of DigitalOptics Corp. at 9815 David Taylor Drive, according to deeds filed on Aug. 29. The 18.7-acre campus has two buildings: an office building with 42,864 sf and a warehouse building with 66,339 sf. Both were built in 2000.

According the Avago Technologies website, avagotech.com, “Avago Technologies is a leading designer, developer and global supplier of a broad range of analog, digital, mixed signal and optoelectronics components and subsystems with a focus in III-V compound semiconductor design and processing. Backed by an extensive portfolio of intellectual property, Avago products serve four primary target markets: wireless communications, wired infrastructure, enterprise storage, and industrial and other.” The company has co-headquarters in San Jose, Calif., and Singapore.

The property had long been the home of one of UNC Charlotte’s most successful business launches. Digital Optics Corporation was founded 20 years ago by engineering professor Dr. Michael Feldman. The company built a powerful intellectual property portfolio including 100 patent applications. Tessera bought Digital Optics in 2006 and renamed it DigitalOptics. The company’s portfolio had grown to more than 1,000 patent assets by last year, when it introduced a new smart-phone camera module that promised speed, power and precision advantages over current technology. However, operating losses by Tessera led it to sell off micro-optics business last year and to cease production of the camera system this year and lay off several hundred employees at multiple locations nationwide.