2013 in review: Real-estate deals and new apartments heat up 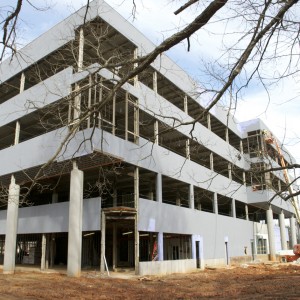 Say hello to the Shoppes at University Commons. That’s the name that Tricor International Corp. has given to its new property, the former Walmart building and grounds at University Place. Florida-based Tricor, which owns and develops commercial projects, bought the former Walmart building and 15.6-acre site last summer. The company is marketing the 126,000-square-foot building for retail uses. The building can be subdivided, Tricor says. It also plans to add 15,000 square feet retail space.

Lincoln Harris and a group of private investors recently bought a 24-acre tract on North Tryon Street that Bank of America once intended for a regional office campus. The property, on the northwest corner of Tryon and Mallard Creek Church Road, is zoned for up to 1 million square feet of offices. The new owners say the site’s location near the LYNX Blue Line Extension should make it attractive to other companies wanting a large office complex. Lincoln Harris knows the site well. It handled Bank of America’s 2009 rezoning of the property.

A 1980s four-story office building near I-85 and Harris Boulevard is getting a top-to-bottom overhaul by owner Exeter Property Group. Workers recently stripped the 163,000-square-foot building at 8740 Research Drive down to its steel frame and concrete floors. Now they are putting on a new exterior. Anne Vulcano with CBRE Group, which handles leasing for the building, said renovations should be finished this spring.

With its Innovation Park facility near capacity, BECO South has rezoned 18.2 acres along IBM Drive to allow a four-building office complex totaling 300,000 square feet. The buildings face a central parking area that can also be converted into a 200,000-square-foot parking deck.

The Charlotte City Council in December approved a rezoning to allow up to five car dealerships on 39 acres across University City Boulevard from IKEA. The Arden Group requested the rezoning. The property, in the Belgate mixed-use center, had been earmarked for multifamily housing. The University City light-rail stop is within a short walk of the property.

Three apartment communities targeting UNC Charlotte students and a fourth aimed at URP’s young workers are under construction. The completed projects will add about 1,000 apartments – or housing for about 3,000 people. Click the links for details.

The Charlotte Observer announced in December that it plans to buy the Wall Street Journal building and 9-acre campus in URP and begin printing both papers there starting in the first quarter of 2014. The Observer said it plans to relocate about 22 employees to the facility at 9140 Research Drive. More Observer employees could come, depending on how many WSJ employees decide not to stay on.

Allstate announced in July that it has leased 200,000 square feet in Innovation Park and plans to move about 1,200 employees there from nearby buildings over the next two years. While the announcement does not suggest additional jobs, it will free up Allstate’s current site on McCullough Drive for other uses that benefit from light rail. The McCullough Drive building is within a short walk of a future LYNX light-rail station. The new lease also raised the occupancy rate at Innovation Park to 93 percent.