Get your roadwork answers at May 19 meeting 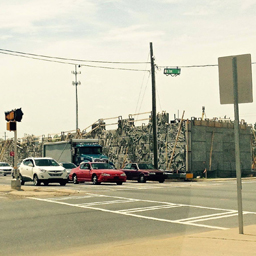 A town hall-style meeting on May 19 will give area residents the latest news on numerous transportation projects under way or starting soon in University City. The event, 6:30-8:30 pm at the Oasis Shriners building in University Place, will include project updates plus time afterward to meet with city and state staff.

Under Construction, Poised for Growth

District 4 City Councilman Gregg Phipps said he is organizing the event, titled “Under Construction, Poised for Growth,” to help people cope with the many simultaneous construction projects. “It is good that we are finally getting the kind of infrastructure investment that we were trying to have for a long time,” Phipps said. “When it is done, hopefully people will be elated, but now that it is here, it’s causing some frustration.”

The May 19 event will open with brief project presentations including completion of I-485, the LYNX light-rail line, $30 million in community improvements around I-485 in the Prosperity Villages area, NC railroad improvements along Old Concord Road, extension of Mallard Creek Church Road to Back Creek Church Road, improvements to Rocky River Road West, a new bridge across I-85 near Walmart and IKEA, and replacement of the North Tryon Street bridges over Mallard Creek. This list does not include several projects taking place this summer on the UNC Charlotte campus or four greenway projects.

After the presentations, people can visit several project displays and talk further with the transportation staff.

Phipps has fielded many calls and emails over the projects. A similar meeting that he organized last year drew more than 200 people to Newell Presbyterian Church. He expects another big turnout. “People are definitely frustrated that they are closing roads left and right and everything is converging at the same time,” he said. “It is going to make for an interesting summer.”

RSVP is encouraged for planning purposes but is not required, Phipps stresses. To RSVP, contact Kimberly Oliver with the City Manager’s office at 704-336-2180 or koliver@charlottenc.gov.