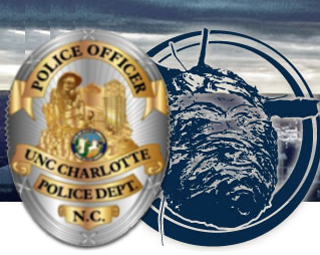 UNC Charlotte’s campus police will have a public-comment session at 7 pm July 19 at the Barnhardt Student Activities Center.

Charlotte City Council and Charlotte-Mecklenburg police will have a community event at 6:30 pm July 28 at Elevation Church University City.

District 4 City Council Representative Greg Phipps and At-Large Representative Julie Eiselt, members of the council’s public-safety committee, organized the July 28 community event to get the public’s thoughts on recent crime increases and to share what police are doing to alleviate some of that crime, Phipps said.

“This was planned before the recent events,” Phipps said, referring to shootings of and by police across the U.S. last week that made national headlines. “I think the community will be wanting to talk about that. The dialogue has started, and certainly this is the time for people to come out and express concerns.”

Charlotte’s second-largest police department invites the general public to share comments about its work at a community meeting on July 19. The public meeting is part of a periodic accreditation process by the UNC Charlotte Police Department, to demonstrate that it meets national standards for university policing.

A university spokesperson said that a team from the Commission on Accreditation for Law Enforcement Agencies seeks comments from constituents who have had interactions with UNC Charlotte Police and Public Safety. For instance, people attending the meeting can share their impressions on safety on campus, community policing on campus and similar topics.

About the campus police department

The UNC Charlotte Police Department, with 50 full-time sworn officers and a total staff of 69, oversees a 1,000-acre campus that includes nearly 32,000 students, faculty and staff when school is in session. More than 5,500 students live on campus, while another 15,000 live within a mile of campus.

Beginning in 2006, campus police and Charlotte-Mecklenburg Police have jointly patrolled areas near campus that have extensive student housing and services. On June 27, Charlotte City Council voted to extend that joint policing agreement for another five years and to expand the territory to take in several new off-campus student communities.

How to comment – at the meeting, by phone or by mail

At the July 19 meeting, the public can speak for up to 10 minutes per person about campus policing efforts and needs. People unable to make the meeting have two other ways to submit comments:

Submit comments in writing about the UNC Charlotte Police Department to the Commission on Accreditation for Law Enforcement, 13575 Heathcote Boulevard, Suite 320, Gainesville, Virginia, 20155.

Meeting details: The meeting will start at 7 pm July 19 in the Barnhardt Student Activities Center, 9290 Barnhardt Lane at UNC Charlotte. Parking is available nearby in the Cone Parking Deck. Directions