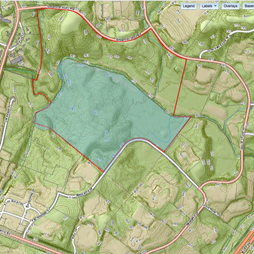 One of the largest pieces of undeveloped property in University Research Park has a new owner: Duke Energy. The utility paid $4.5 million for 94.6 acres between Research Drive and Mallard Creek.

Matt Browder of Browder Real Estate, who handled the sale for the investment group Summit Avenue URP, LLC, says the sale reflects ”very strong interest in University Research Park” from investors, companies seeking new locations and current park property owners, including Duke Energy. The utility has operated a customer service and billing center in the park since the early 1990s.

A model facility for Duke Energy

The Research Drive site will house the first of a new kind of office center, said Duke spokeswoman Paige Lane. Over the next seven years, Duke Energy plans to create several regional centers for planning and problem solving. The Charlotte facility would be the first.
Layne described the new facility as being an office environment where engineers, planners and technicians tackle tasks such as solving problems on the grid system and drawing up plans for new power lines.
People working at the URP facility would come from existing operations elsewhere, she said.

Browder says that interest in URP has been growing for several years, beginning in 2010 when Washington, DC-based BECO bought the former IBM manufacturing plant and began transforming it into Innovation Park, one of the region’s hottest mixed-use developments. Today, the 2-million-square-foot facility is virtually full, with tenants including Wells Fargo and global energy giant Areva, which opened its North American headquarters here in 2013.
“Certainly, everything that (BECO South President) Chris Epstein did at Innovation Park has been instrumental in that change. It really opened other people’s eyes to what had happened up there,” Browder said.”
Browder and a group of investors formed Summit Avenue URP and purchased nearly 300 hundred acres within the park in late 2011. Much of that land is in the park’s interior along Mallard Creek. The Duke Energy site, for instance includes about 45 acres of creek floodplain.
Browder says that he began seeing interest in the group’s holdings soon after they bought it. “I don’t think it had anything to do with us, but we are very happy that was the case, and it certainly shaved several years off the horizon for our investment,” he said.
“We had figured a 10-year hold for our investment, so we are very pleased.”
David Goode of Southern Real Estate handled the purchase for Duke Energy.